Looking for (a) home: Returnees and refugees in Slovakia 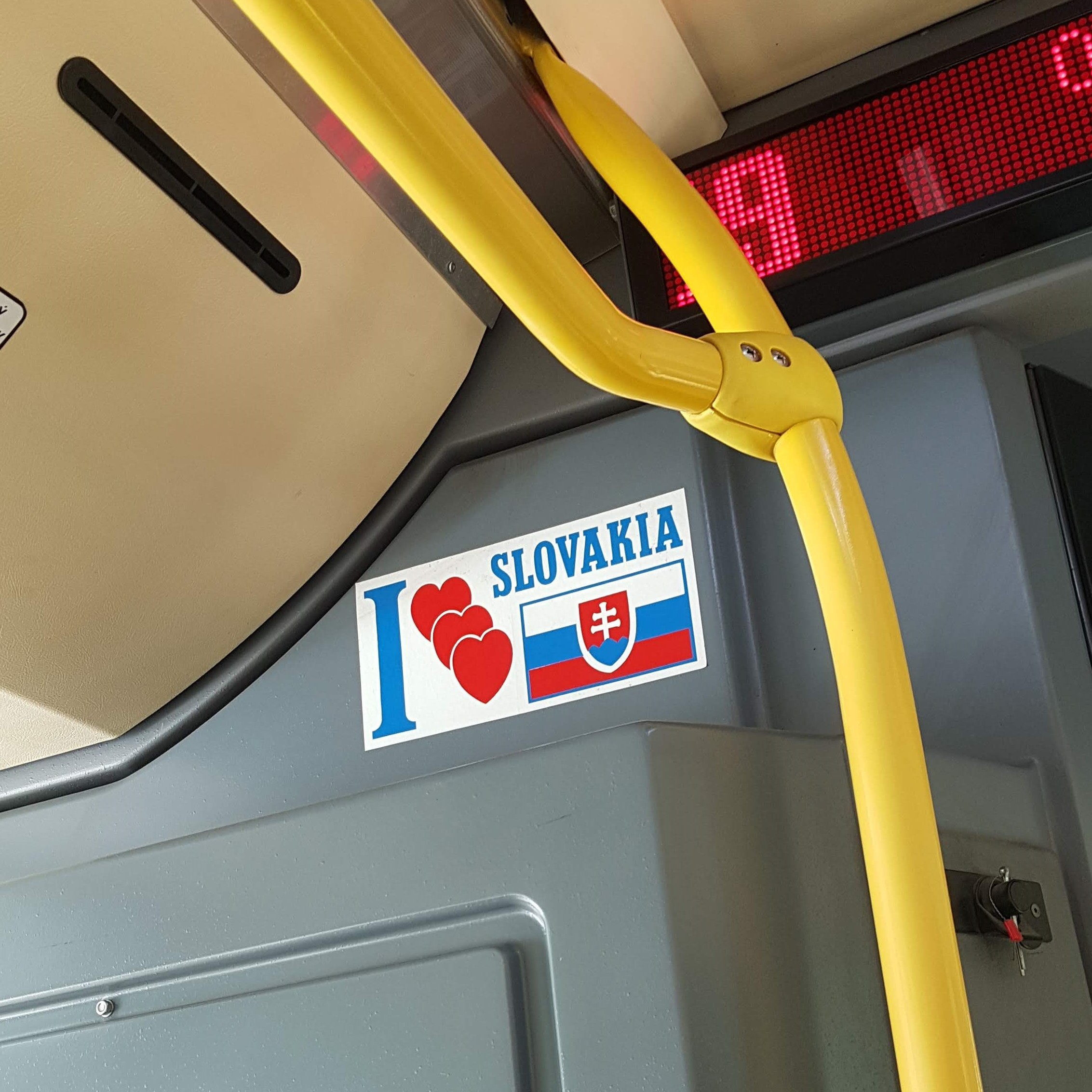 Who are the people helping refugees in Slovakia? They are female, under 50 years old, and have spent several years abroad. This minimal definition accounts for virtually everyone active in public or voluntary refugee care.

Take the staff of Mareena, the new-born civic association for social integration of third-country nationals: Katy lived and studied in Brussels, Belgium; Lucy is still completing her master’s degree at the University of Southern Denmark; Andrea worked in Prague, Denmark, and Finland; and Miška, the founder, traveled the world for several years and worked as manager for an English language bookshop in Amman, Jordan.

Slovakia has always been more of an emigration than an immigration country. Throughout the 20th century, ten thousands of Slovaks left their home in pursuit of a better life, fleeing dire poverty, political persecution or, nowadays, wage dumping. Recently, however, the tables have turned: 2016 has been the first year since 1990 in which the number of Slovaks returning from abroad has exceeded that of their fellow countrymen leaving their homeland. There seems to be a trend among young, well-educated people who have studied abroad, learned another language, even been employed and pursued promising careers, to turn their backs on all of this and head home.

Each returnee story is different, and yet there are motives that appear again and again. A polish friend of mine recently posted the following passionate confession on Facebook:

“The 19-year-old version of me was moving to the UK full of resentment, contempt, and hatred towards Poland. His homeland felt like hell and he hoped to find heaven in the glorified „western world“. But the more time I spent abroad, and the more chances I had to observe how Poland was changing from an objective, unbiased point of view, the more I started to disagree with my past self. (…) I am under the impression that over the last few years people in Poland became much happier, cooler, more passionate and excited about their lives. I believe that the generation born after 1989 truly set new standards and our society reached a really decent level of emotional and psychological well-being, with minimum amounts of victimization, complaining or envy. So yeah, call me a naive bastard wearing blinkers who throws corny lines like there is no tomorrow but I fucking love Poland.”

Those whose formative years fell into the period of economic and political “transition” grew up with the certainty that their country was doomed to chase after the “western world” and its desirable yet unattainable gold standards. Of course, they seized the opportunity to experience this glory first hand when they got it. Many overestimated the qualitative difference between the old and the new democracies, or overlooked the remarkable development their homes has already undergone in the past decades. As a result, many reconciled with their homelands which had previously seemed so dull and unattractive. In some cases, the outside view ignited an outright fire of affection and appreciation, as well as a wish to be an active participant in the further development. 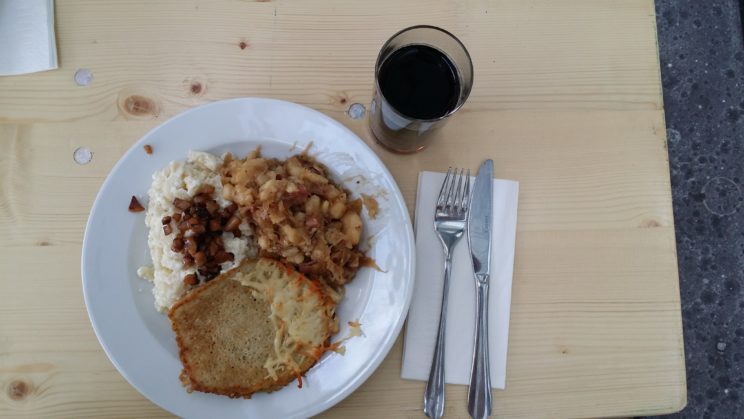 Elena spent several years in South America and had an exciting and inspiring life there. It wasn’t until she reached Bratislava airport that a feeling of warm familiarity and comfort overwhelmed her, and she suddenly fell in love with her country again. She realized that she had missed the peace and quiet, and the fact that most things are actually quite well-organized. The trains come in time, the offices, schools, and hospitals do their job, and people are usually friendly to each other. Of course, some things don’t work as well as they could. That’s why she founded CVEK, an independent research institute which is consulting municipalities on the implementation of better educative and integrative policies, based on their own empirical data.

Andrea told me she was impressed by how the Northern countries she visited had designed their political and social system. She was especially impressed by their successful measures for a more egalitarian and open society. Her first response was admiration and envy, but then she found out more and more about how the status quo came into being as a result of hard work and arduous fights. Suddenly it felt unfair of her to just be there and reap the fruits of other people’s labor. “I came to think it is egoistic to stay where things are already nice, and decided to contribute instead to improvement in Slovakia“. She believes that things can change for the better one step at a time if everyone just contributes a little. Which she did. She founded the civic association „Kalab“ that offers a platform for art, discussion, and cultural activities. On top of that, she coordinates Mareena’s volunteer program.

But why are returnees so often associated with both voluntary and professional refugee care? One might argue that it’s a balance of probability: Both volunteering and NGO jobs commonly attract individuals with a degree of education that is above average. The same holds true for work and studies abroad, which requires foreign language proficiency and a certain financial stability. In other words, people with a high-class education from abroad are more likely to be found in any segment of civil society action, also refugee integration. However, my conversations with returnees within refugee care suggest that the link is more direct: People choose to engage with refugees because of their experiences abroad.

Maria spent four years in Holland, where her husband worked for a delegation of the European Commission. The couple had a hard time building a social network and finding friends. Maria has a vivid memory of how she and her husband needed to take care of her restless and jolly toddler when they were both sick with the flu, or even when they rushed to the hospital when their younger son was on his way. And yet, Maria’s family had the security and peace which her husband’s prestigious job provided. Her first and closest friend in Holland was a Croatian refugee from Serbia, who made her realize the full scope of problems that come with being thrown into another country without any kind of social, cultural, or financial capital. She realizes that help with the banalest things can mean the world to people in this situation. She now coordinates all volunteers who support refugees in their everyday tasks in Košice.

Lucy admits that when she was young, she just wanted to travel as much and as far as possible. Just about every place in the world seemed to have more to offer than Slovakia. She had a thorough change of heart since, realizing not only that „running away“ is not a solution, but also that her options to get involved, put her ideas into practice and her capabilities to a good cause are bigger here, at home. Before this revelation, however, she had had the chance to travel a lot of countries, especially in the Arab speaking world. The warmth and hospitality of the local populations left a lasting impression on her. She remembers the many complete strangers who helped her far from home with gratitude and wishes for her homeland to be as welcoming and reassuring towards strangers. Now she is in charge of PR and marketing at Mareena and works on the open-minded and friendly public image of the association.

There are thus two major ways in which people link their engagement to their own experiences:
Firstly, an appreciation for cultural diversity and multiculturalism acquired either through close contact with another country per se, or contact with a more diverse society than Slovakia and the wish to forward and promote a peaceful togetherness of cultures in Slovakia as well. And secondly, a natural empathy for displaced people based on the assumption that the experience of life away from home is universal. 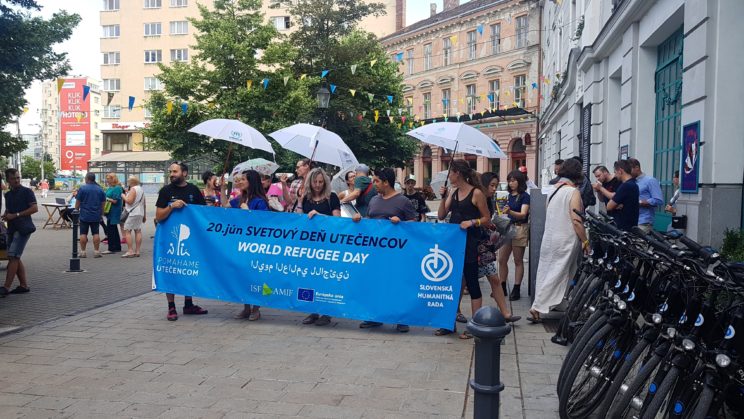 Many refugee carers thus approach their task with a lot of confidence. They know how their protegees feel, and they know what they want to achieve. In real life, this confidence is sometimes betrayed in unforeseen ways: The returnees made a conscious decision for Slovakia, emanating from the assumption that it is a lovable and worthwhile place of residence. Refugees who live in Slovakia rarely end up here voluntarily, and they are rarely convinced that Slovakia is the best place they could possibly be at. Many of them warm up to the situation, but even more of them seize the first opportunity to move on. For some the place of intimacy, comfort, and potential, Slovakia means hostility, tristesse, and precarity for others. Each time a new-found friend from abroad leaves for more Western destinations, it is a little sting in the heart of each Slovak-rooted returnee: So this place is good enough for me, but not for you? Andrea gets defensive whenever she hears the same old lament on how terrible things are in Slovakia, and leave their home behind for 600€ more of salary. Although she talks about her fellow countrymen when she claims that, she does have similar conversations with refugees on a regular basis.

The assumed similarity of experience is another aspect that can cause irritation: Returnees experienced, or craved but didn’t receive, care and support from locals abroad. Ema lived in Siberia for one year, volunteering for a Christian organization and is also well-traveled in Muslim countries. She came to appreciate the hospitality of people abroad and entered Mareena’s volunteer program as a way to „give back“ to the world. She was put in contact with a Ukrainian family with two daughters. Highly motivated, she started her voluntary activity but soon felt she was thwarted by the parents. They were reluctant to all her offers and her efforts to build a personal, durable relationship. When they accepted help, it was in specific, goal-oriented cases. They merely tolerated her meetings with the older daughter of the family until she reached the desired outcome: She was accepted by the secondary school of her choice. The parents invited Ema for dinner as a reward for her „success“ but did not get in touch afterward. „I learned from this experience that not everyone wants help. They are proud people, it was important to them to get along alone“, she summarizes. Returnees sometimes tend to underestimate the psychological burden of being constantly dependent on help. Maybe one could say that the different sides of this interaction both believe to take part in an „economy of favors“ in which support and service are expected to be reciprocated equivalently. But they see themselves in different places on the temporal axis of the transaction. The volunteers feel they have already played the receiving part (when they were abroad) and that is now their turn to give. The refugees, for their part, accept the favors with growing discomfort since they are piling up to a bill they feel unable to pay.

A direct connection between subjective expat experience and imagined experience of displacement might be the reason why many Slovak return migrants get involved with refugee care in the first place; the reasons why they stick with it usually differ from this initial impulse. Occasionally disappointed expectations of relatedness cause frustration or resignation, more often, however, actors don’t abandon their project since they are already emotionally and intellectually invested in other ways.

biographymigrationrefugeesSlovakia
„I feel at home“
Hosting the hegemon: My experience at the 18th IUAES World Congress in Brazil