Guests and other mortal enemies: How refugees experience hospitality

If asked which qualities are typical for their country, Slovaks frequently respond with “hospitality”. The touristic website “Authentic Slovakia” even declares Slovakia the most hospitable country in the world! No offense, dear Slovaks, but that statement is somewhat unoriginal. Hearing citizens declare their country inhospitable is equally likely as them calling their traditional cuisine bland or their landscape unspectacular.

The universal appreciation for hospitality can partly be traced back to biblical figures who are rewarded for welcoming strangers with open arms, or the humanist and enlightened idea that states should offer shelter to the huddled masses that have been bereft of their human rights elsewhere. But the underlying logic is probably much more primordial: Since ancient times, a newcomer arriving at a tribe or clan or village has always been a cause for heightened attention. You never know what the mysterious stranger is up to! Being nice might just be the best way of protecting yourself preemptively.

In a hospitality situation, both sides of the encounter are completely and utterly at each others’ mercy. The ubiquity of dangerous guest-host encounters in folk tales speaks to the archaism of this fear: A guest may bring disaster upon the host, as does the 13th fairy who curses the baby Sleeping Beauty. Similarly, a host may commit acts of violence on the guests, as does the witch who abducts Hänsel and Gretel. There is, however, also the subtle risk of being absorbed into the hosts’ lifeworld up to the complete loss of one’s own identity. For example, Gerda got so enchanted by her hostess’ lovely summer garden that she forgets her actual mission: Freeing her companion Kai from the snow queen’s clutch. 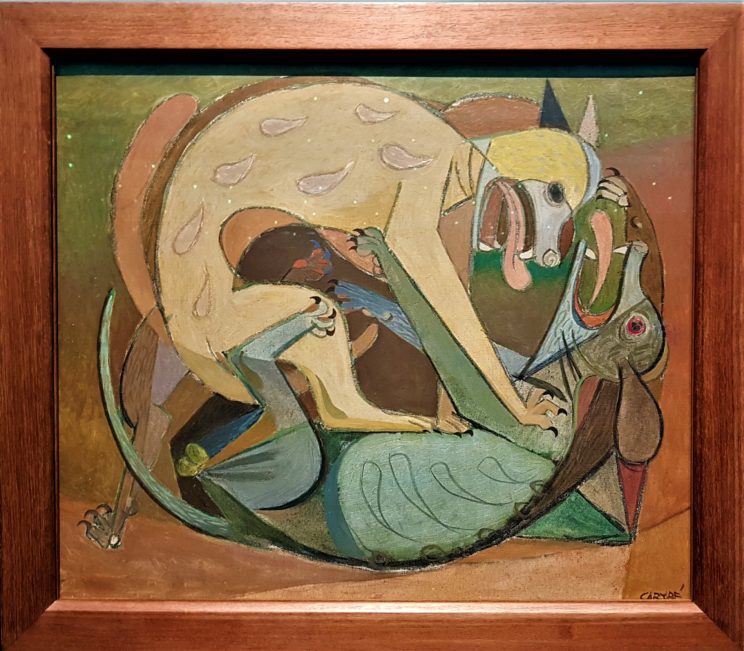 Refugees are, in important ways, guests. International law on the care for displaced persons (specifically the Geneva convention) oblige states to welcome strangers in need for sheer humanity’s sake. At the same time, their stay within state boundaries is believed to be but a temprorary visit. No matter how low the chances for repatriation actually are: the act of granting asylum always presupposes a crisis situation which, by definition, is expected to pass. Philosopher Jaques Derrida observed the ambiguity at the heart of hospitality towards refugees: Strict Kantian ethics require unconditional opneness towards strangers. However, in order to remain a safe haven in reality and on the long run, sovereignty must be maintained. That can only be realized if access to (state) territory is conditional and can be withdrawn at any moment. This explains why the treatment of refugees is always torn between being protective of the Other, and being protective of one’s Own.

Mohamed (name changed) had had a turbulent life for his young age; the refugee support organization he communicated with kept discovering details about the stops he had made on his journey through Europe. The impenetrability of his life course cast a shadow of suspicion over Mohamed right from the beginning. His silent reticence didn’t help to resolve the doubt.

Nonetheless, the organization’s team displayed extraordinary amounts of empathy and effort when Mohamed was evicted from the bus by a ticket inspector. Mohamed readily admitted not having a ticket at the moment of the control (he wanted to buy a ticket from the driver but got into the vehicle through the middle doors, not in the front, as he should have), but he reported being screamed at and aggressively dragged out of the bus by what seemed to be a typical curmudgeon Slovak revizor. Hearing this story, the employees of the organization were convinced that Mohamed had been the victim of a racist attack. They tried to comfort him and outright pushed him to file a complaint with the local public transportation company. 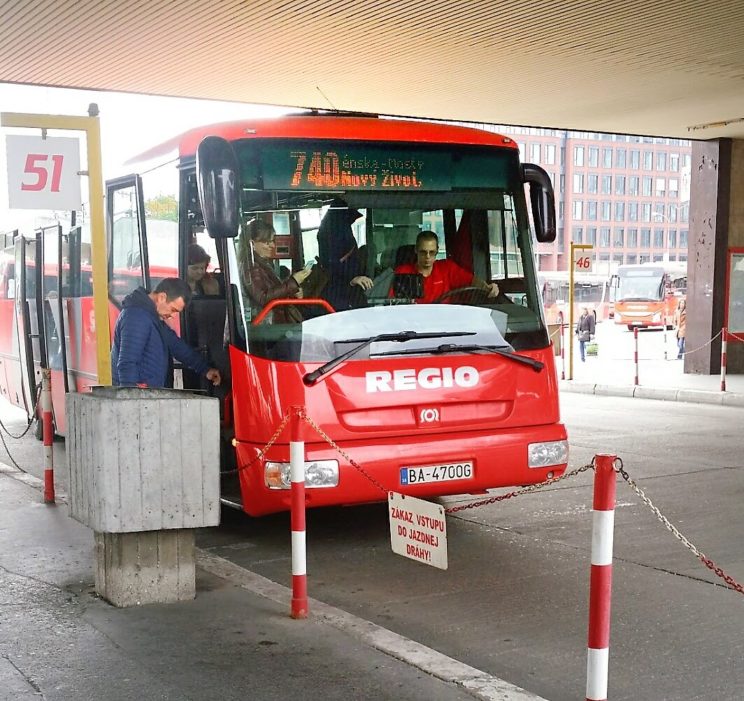 At the same time, an uncomfortable feeling with regard to Mohamed’s trustworthiness grew among NGO colleagues. Not only did he skip Slovak classes and appointed meetings with the staff; he also picked up the habit of texting the manager. He sent her pictures of cute babies and flowers, but also more puzzling ones, like veiled women, flags, a gun. The team spent hours trying to decipher possible messages of the loose sequence of images – to little avail. The concrete object of their worry, however, was never made explicit. There was also an incident when Mohamed was storming out of the office unanticipatedly. Little later, he apologized, explaining in basic English that he was “not okay in the head”. The question that plagued the team was whether Mohamed was a particularly traumatized and indigent individual, or/and also an incalculable risk factor.

The workers felt vindicated when Mohamed confessed with a giggle that a friend of his let him take a draw on his joint occasionally. This admitted offense may be petty compared to the unspoken suspicions against him. However, he breached one of the most basic laws of hospitality: to show respect for the host community and its order. This severely damaged his reliability in the eyes of the host. 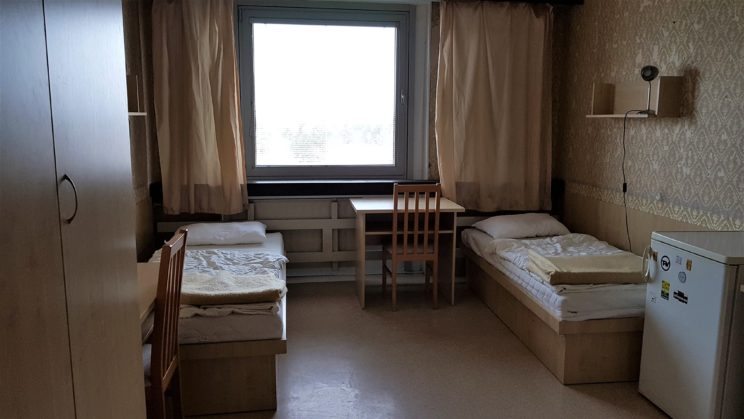 Hospitality customs all around the world aim to mitigate this tension between openness and suspicion, producing, if unsuccessful, quite convoluted quarrels. Anthropologist Julian Pitt-Rivers, in a classic text on „The law of hospitality“, reflects upon the Eskimo rite to challenge each stranger to some kind of arm wrestling contest upon arrival. In case of defeat, he could be killed by the clan. Reportedly, this barely ever happened; nevertheless, the stranger furthermore owed his life to the hosting community and would probably think twice before he misbehaved. Control through indebtedness is a quite effective feat of hospitality and widely applied to refugees as well.

Abraham (name changed) is a barber and hairdresser who lead a rather successful salon in his home country. He came to Slovakia with a big family for whom he is the only breadwinner. A refugee support organization started a fundraiser, and indeed, local residents practically gifted Abraham an entire salon, complete with equipment.

When the studio failed to deliver the expected revenue, a series of conflicts between Abraham and the refugee support organization began: Times and again, Abraham returned to the organization with requests for support or demands to find him a job elsewhere. When Abraham came to the office one day to one of their recurring „crisis talks“, I was in the room next door and heard both parties raise their voices as the conversation progressed. After the  meeting, the NGO workers shared their impressions with me agitatedly: Abraham was to blame for his own unfortune, he failed at committing fully to the salon and, more importantly, he was too stubborn to take any advice or accommodate to the Slovak standards for barber service at least a little bit. He did not fix appointments in advance, he didn’t ask customers exactly what their wishes were, he didn’t use lotion and perfume. They also complained about his very basic Slovak after over 2 years in the country. The fight had escalated when one NGO employee had complained about his dirty shirt: “A barber has to look tip-top!” Abraham, being struck by the term “dirty”, took offense and started to insult the NGO employees himself. He cumulated by announcing “Fine, I don’t want your help. I’m going back to my country”.

The withdrawal of “guestness” is a peculiar threat; of course, the fact of having failed to retain the guest reflects badly upon the host; on the other hand, in the view of the organization, Abraham had come close to forfeiting his right to hospitality. In their view, he didn’t reciprocate the generous help with an appropriate amount of gratitude and failed to display the required signs of accommodation. Abraham, for his part, feared absorption more than anything else: he had been a barber all his life, and a popular one, whereas his beneficiaries had never given a single haircut. Their continuous effort to meddle with his business clearly constituted a breach of the rules of hospitality.

Of course, Abraham did not return to his war-stricken country; him and the NGO team reconciled soon thereafter and continued their conflictuous relationship with lots of anger but also liablility on both sides. The logic of hospitality is similar to that of the gift: There is no free gift, reciprocity is the underlying principle. But differently from barter and other forms of economic exchange, the expectation of reciprocation is far less direct. The compensation occurs with an (unforseeable) delay and can take a variety of different shapes. With hospitality as well, it is hard to determine when debt is repayed and the supremacy of the host is dissolved. But exactly this indeterminacy leaves space for negotiations, individual appropriations, and flexible agreements. If there is a will, guest and host can work things out.