In the past few weeks, an ad campaign of an international liquor brand has caused quite a stir in the Slovak media landscape. The slogan on the posters displayed around cities and on social networks sounds “Slovak moms, you have beautiful daughters”. The illustrative picture shows a woman in a nightlife surrounding with a Slovak folk costume – and black skin. Underneath, in small letters, it says “Slovakia lives in all colors, so flout prejudices. Come live, let live.” The comment sections on Facebook and Youtube were soon flooded with racist slurs and derogatory comments, sexually objectifying and dehumanizing the ad’s protagonist in all the predictable and distasteful ways. The more eloquent haters were complaining about an alleged brainwashing into the despised Multikulti lifestyle. At the same time, the campaign also met with a lot of praise. Interestingly, those who approved its anti-discriminatory message usually based their opinion on the fact that Natália Dongová, the model on the photo, has indeed a Slovak mom and was born and raised in Nová Dubnica, thus themselves applying a rather conservative and excluding way of defining Slovakness: “blood” and descent. 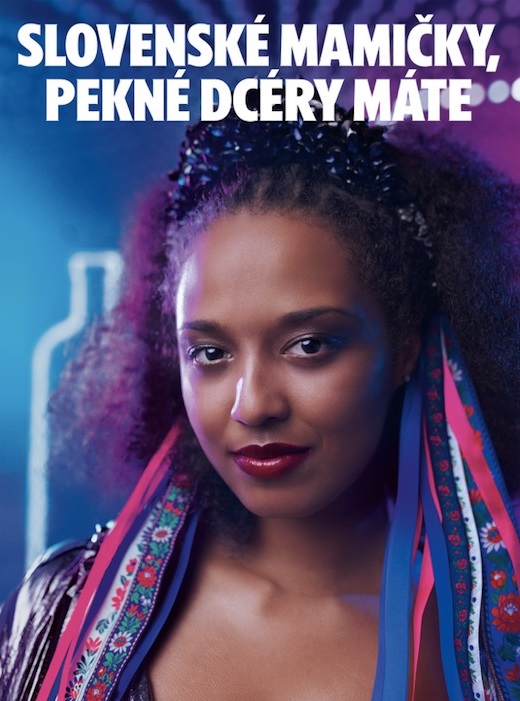 Different rules apply for those who are identified as strangers – be it by color, origin, or faith. Sympathy and compassion cannot be taken for granted but need to be negotiated and legitimized in each case individually. In public as well as political debates, strangers need to qualify for goods and services which “insiders” receive by default. They need to prove their “deservingness”.

If people are so reluctant to share their empathy and admiration with strangers, it is not surprising that they need even more persuasion to offer help and support. Public debates about refugee policies usually oscillate between awarding or denying people entitlements, using all information available to justify the respective claim. Another recent case illustrates this acutely, regarding a group of people whose worthiness of pity should seem to be out of the question: underage victims of war.  It all started when a member of the European Parliament, Kateřina Šojdrová, suggested that the Czech Republic might take responsibility for a few unaccompanied minors from Syria, currently stationed in a Greece refugee camp under worrisome conditions. Prime minister Andrej Babiš was in a moral bid, recently having announced a zero-tolerance policy towards refugees while observing the EU getting more and more impatient with the Visegrad countries’ rejectionist attitude. He thus did his best, through his own statements and through the media outlets he conveniently owns, to strip the orphans from their innate aura of relatability and helplessness. He spread suspicions ranging from “They aren’t even children, they could be 17 years old and more” over “They are all ISIS fighters, trained to infiltrate Europe” to „there is no such thing as a Syrian orphan, Syrian families are extended and there is always someone left to take over responsibility“.

A few days later, Slovak Prime Minister Peter Pellegrini announced that the Slovak Republic was (possibly) willing to contribute its share to disburdening Greece and accept Syrian orphans – as many as 10 of them. He was quick to notice that accommodation in an asylum facility would be absolutely inappropriate for this target group and that places in orphanages would have to be found instead. He thereby insinuates that his good deed could only be thwarted by being too empathetic: He can still say that Slovakia is unable sufficiently address the specific needs of these indigent and vulnerable individuals, an altogether much less defamatory way to shed responsibility.

This example shows that the two properties that are the most promising in granting strangers access to hearts and purses are innocence and suffering. Anthropologist Miriam Ticktin has recently described innocence as a political category with remarkable traction. According to her, the widely seen picture of Alan Kurdi, the three-year-old Syrian boy whose body was washed up on the Turkish shore marked a turning point in European refugee policy. Innocence pleads right to the heart, it evokes purity, compels sympathy and responsibility, shames people into action. Like humanitarianism, it has the potential to enhance the moral and political credit of those who respond to it, and like humanitarianism, it can be harmful because that response usually emerges in a patronizing rather than a dialogical process. Since the most frequent and recurring public reactions to refugees are suspicion and fear, refugee supporters have little choice but to play along and convincingly stage refugees‘ innocence in all their endeavors. Of course, innocence is not objectively measurable, it is more of a label which is discursively constructed and attached to certain groups while others are left out. In the Central European countries, next to kids, it’s mothers and people with disabilities who are the most likely to be regarded innocent. It also helps if you are a Christian, that absolves you from terrorist and extremist suspicions. 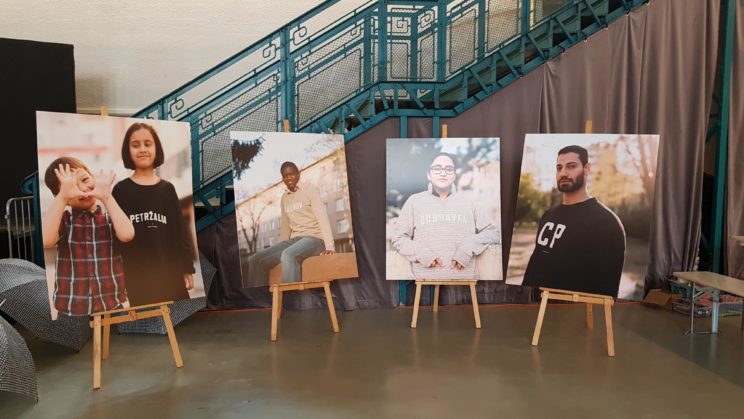 Fighting fears with personal faces and stories: A poster campaign of  the civic association Mareena

But innocence alone is not enough. It needs to be successfully argued that whatever those people endured elsewhere was unbearable. There is a segment of liberal, left-leaning media in Slovakia that is very eager to make the voices or refugees heard and counter stereotypes. The organization I did fieldwork in in Bratislava was arranging such encounters of refugees with the press. Journalists were usually much more interested in their interviewee’s life prior to flight and asked quite personal questions about their families’ and their own pasts. It was obvious that they were hunting stories of violence, deprivation, and loss. As a result, more and more refugees turned their back on the Slovak media. The journalists’ intentions were good, though: They knew very well that the Slovak public only, possibly, accepts strangers in their midst if they had no other chance to survive. In return, it expects the newcomers to be eternally grateful to Slovakia for saving them from living hell.

The current orphan affair is not the first time that Slovakia has used narratives of innocence and suffering to guide its official asylum policy: In 2016, Slovakia agreed to accept 16 relocated refugees voluntarily – as long as they were single mothers with kids. Innocence multiplied. Of course, speaking naked pragmatics, this group is also particularly difficult to “integrate”. These little families cannot be accommodated in dorms or shared housing situations, they need extensive assistance with finding daycare or schools, the women have an extremely hard time finding work AND tending to their parenting duties, especially if they have only basic education, notwithstanding the feat of strength necessary to learn the language on top of all other vicissitudes of the everyday. Little surprisingly, the single moms prioritized reuniting with their spouses above anything, if those were still alive. The families that did participate in the project faced immense difficulties and instead of (or next to) humbleness and gratitude, the state organs met with conflict and an immense workload from their part. This is not to say that the government shouldn’t have helped these individuals, on the contrary, they deserve credit for it; but it also shows that their plan to extract political capital from others’ innocence and suffering did not really come to fruition. The initiative was designed as an image campaign aimed at both the EU and the local population but it was unable to present to the public the successful and relatable cases it was hoping for. Only three families were relocated to Slovakia, after that the project was stalled silently.

Much to the contrary of the campaign for the above mentioned wheat-based alcoholic beverage. As a consecutive step, they launched a charity collection for the benefit of an anti-racist NGO. Much to the dislike of all the web’s system critics and conspiracy theorists. Whether the company acts out of sympathy with their verbally abused model, or strategically use online trolls to get their brand’s name in the headlines, cannot be told with absolute certainty.

deservingnessinnocencePoliticsrefugeessuffering
Hosting the hegemon: My experience at the 18th IUAES World Congress in Brazil
Guests and other mortal enemies: How refugees experience hospitality