Betwixt and between: Is it easy or difficult to be a broker of migration? 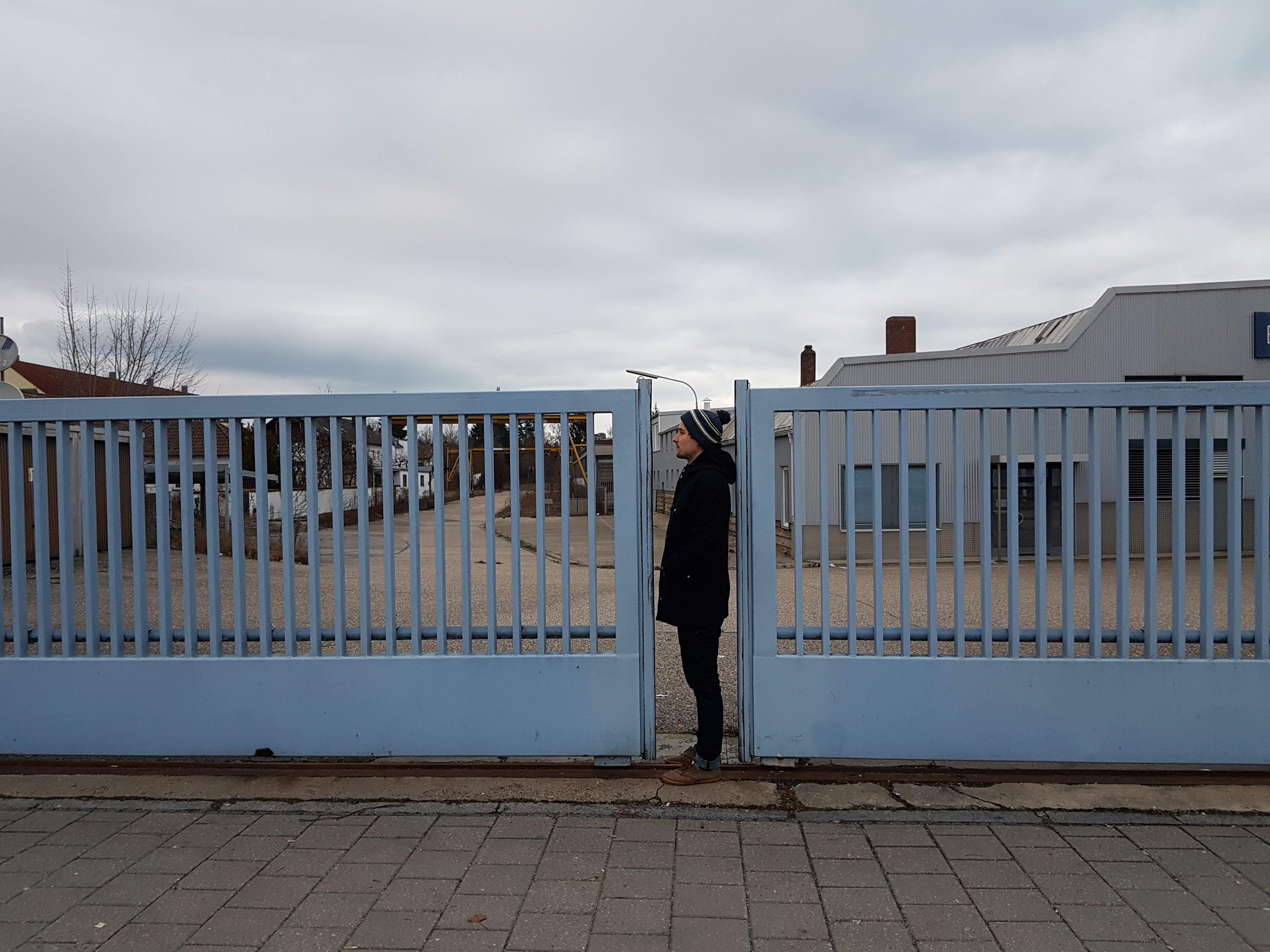 „My job is easy because I’m Slovak. I already know most of the things my clients ask me about and if I don’t, I call someone and find out.“

„It’s hard because we’re always standing between everybody else. The Migration Office, the independent NGOs, and the clients all have their own very different expectations, but in the end, it will all land on our desk, and it’s impossible to satisfy everyone.“

Those are just two statements of Slovak refugee supporters that illustrate the spectrum of feelings they display towards their mediating position between local and foreign actors. As brokers of migration, are they in a privileged position of dual insidership, or are they being chafed between two impermeable social compounds?

Brokers, generally speaking, are people who make connections. Typically, they are somehow positioned in between two entities, like states or social groups, and are fairly familiar with both sides. When they use the information differential between these parties, they can turn that peculiar position into a business. Brokers are often perceived as uncanny figures: They mediate between different sides that very often have quite contrasting interests, usually struggle for power, and it can never be told with utmost certainty with whom their allegiances lie.

Like our integration assistants. They work for organizations that are autonomous, although partly state-funded. For their clients, people with asylum or subsidiary protection who recently arrived in Slovakia, they are barely discernible from state actors. They are just another representative of an unwelcoming country, one they usually didn’t want to go to and which they associate with many difficulties and disappointments. For the state, however, NGOs are always potentially conspiring with the ominous migrants; to maintain control, they thus require extensive audit and reporting on the migrant’s whereabouts.

Brokers of migration have considerable influence on the shape and impact of migration in a given context; more than science and public discourse account for, most of the time. There is an abundance of studies of individual migrant biographies, and an extensive treatment of migration governance, like bordering practices, regimes of illegality, and asylum policies of respective nation-states. Little attention is being paid to those who facilitate the movement of people across borders: On the one side of the border, there are people procuring jobs abroad, arranging documents, convincing authorities, bribing bureaucrats and border guards, booking passages, steering vehicles and much more; on the other there are those preparing asylum cases, finding housing, arranging work permits, securing residence, setting up integration contracts, introducing migrants to local networks, teaching languages and much more. No matter what kind of migration we are talking about, whether it is for work, education, family reunion or asylum, brokers are usually involved at several stages of the process. Plus: They are as old as human mobility. Back then, brokers commonly negotiated directly with factory bosses or plantation owners, the state level was less relevant for their endeavors. In other cases, brokers negotiated directly with state administators or states even set up their own brokering agencies. 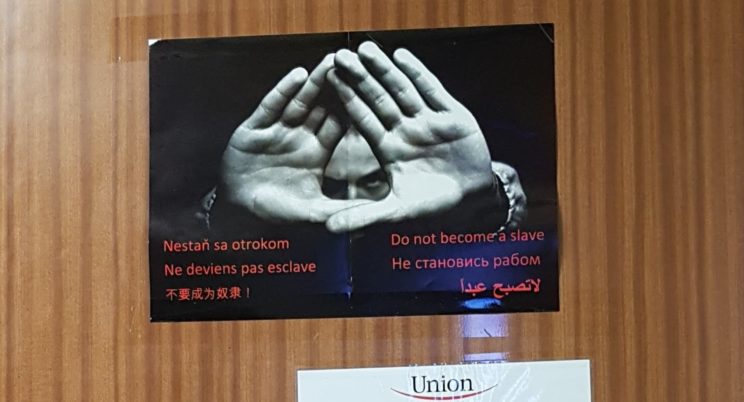 In our times, the migration broker, alias anyone involved in helping people throughout their migratory projects, is in high disregard. Brokerage is believed to be a lucrative business that takes advantage of clueless migrants and damages receiving and sending countries alike. Looking back at centuries of slave trade and indenture, in which foreign laborers were often lured into exploitative work relations by false promises or outright physical coercion, this is little surprising. The public discreditation of brokerage coincides with a significant shift in migration policies in the Western world in the early 1900s, when states were keen on taking migration regulation into their own hands, setting up complex border regimes to maintain authority over who gets to enter and who doesn’t. Thus, scapegoating brokers was not necessarily motivated by a humanitarian commitment to protecting migrants; it also directed attention away from the precarious living conditions that migrants still faced under state tutelage. A new prototype migrant emerged that was at odds with the patronizing meddling of brokers: the autonomous, voluntary, well-informed individual fully in charge of their migratory project. Of course, the reality of modern immigration states presents itself somewhat differently: the increasing complexity of the administrative process and the tightening regulations aimed at keeping migrants out created new fields of activity for migration brokers. Navigating the jungle of red tape that surrounds matters of residence and permits has become nearly impossible without professional expertise.

In a world in which states strive for complete control of people’s movements in and out of their territory, migration brokers necessarily become mediators of public law and order – whether they try to implement or to circumvent it. Usually, it is a mix of both. 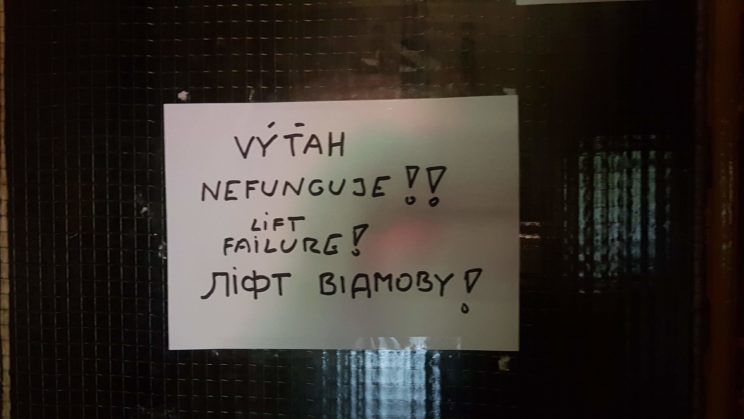 Integration facilitators in Slovakia are in charge of handing out social benefit payments. This means they also have the unpleasant task of implementing financial sanctions when clients break rules and break the bad news when payments are discontinued. Whether they like it or not, they spent a lot of their time shaping the kind of migrant the state would want: Autonomous, culturally accommodated individuals with jobs who are independent of state benefits and do not stick out in any way. No wonder do clients find it hard to believe the „Non-Governmental“ in the name of these integration NGOs. Employees, for their part, have trouble building a relationship of trust to which clients can turn with difficulties and problems as intimate as the need for psychological counsel while also monitoring and evaluating their conformity.

But the role these brokers play in the power struggle between migrants and the state is more complex than passing down controversial state restrictions. The position of refugee supporters is characterized by dual insider knowledge, but also dual non-belonging. Integration workers know both the needs and most common problems of their main target group, refugees; they are also familiar with the state policy, laws and regulations, and administrative processes that cause these problems. But despite considerable degrees of insight into both worlds, they are neither state spokespeople, nor refugees (although a remarkable amount of them have migrant experience of their own, see my earlier article „Looking for a home: Returnees and refugees in Slovakia“). The fact that they are not fully inside either of the sides clearly puts limitations on their level of involvement, but it also endows them flexibility that opens up novel spaces for interference: Not being foreigners, they have the cultural intimacy and knowledge to solve many problems with ease. And the fact that they are not public bodies allows them to utilize a bigger array of measures, not all of which are bureaucratically airtight. They can use informal information channels and mobilize personal contacts to cut short lengthy administrative procedures. Refugee supporters are constantly looking for housing opportunities, volunteer mentors and Slovak teachers among their relatives and friends. They also create improvized employment opportunities: When a client wants to be a caterer or a city guide, they help them register their business, promote the services to the sympathizers of their organization, and are also the biggest customers, ordering food or city tours whenever their program and budget allows for it.

The heavy reliance on social networks and personal contacts is reminiscent of the workings of migrant networks. Indeed, migration brokers take over a lot of the tasks that national expat communities would handle in other countries. In Slovakia, the total amount of migrants is rather low and few established, let alone organized diasporic communities exist. Maybe refugee support organizations in Slovakia are something between a temporary substitute for migrant networks and a messenger of the state with enhanced influence – not an easy, but a potentially powerful position to fill.

brokeragemigrationrefugeesSlovakia
One body, many members: About religious self-expression and belonging
Developing a Taste for Difference