The political power of looking pretty: Fashion in socialist Czechoslovakia 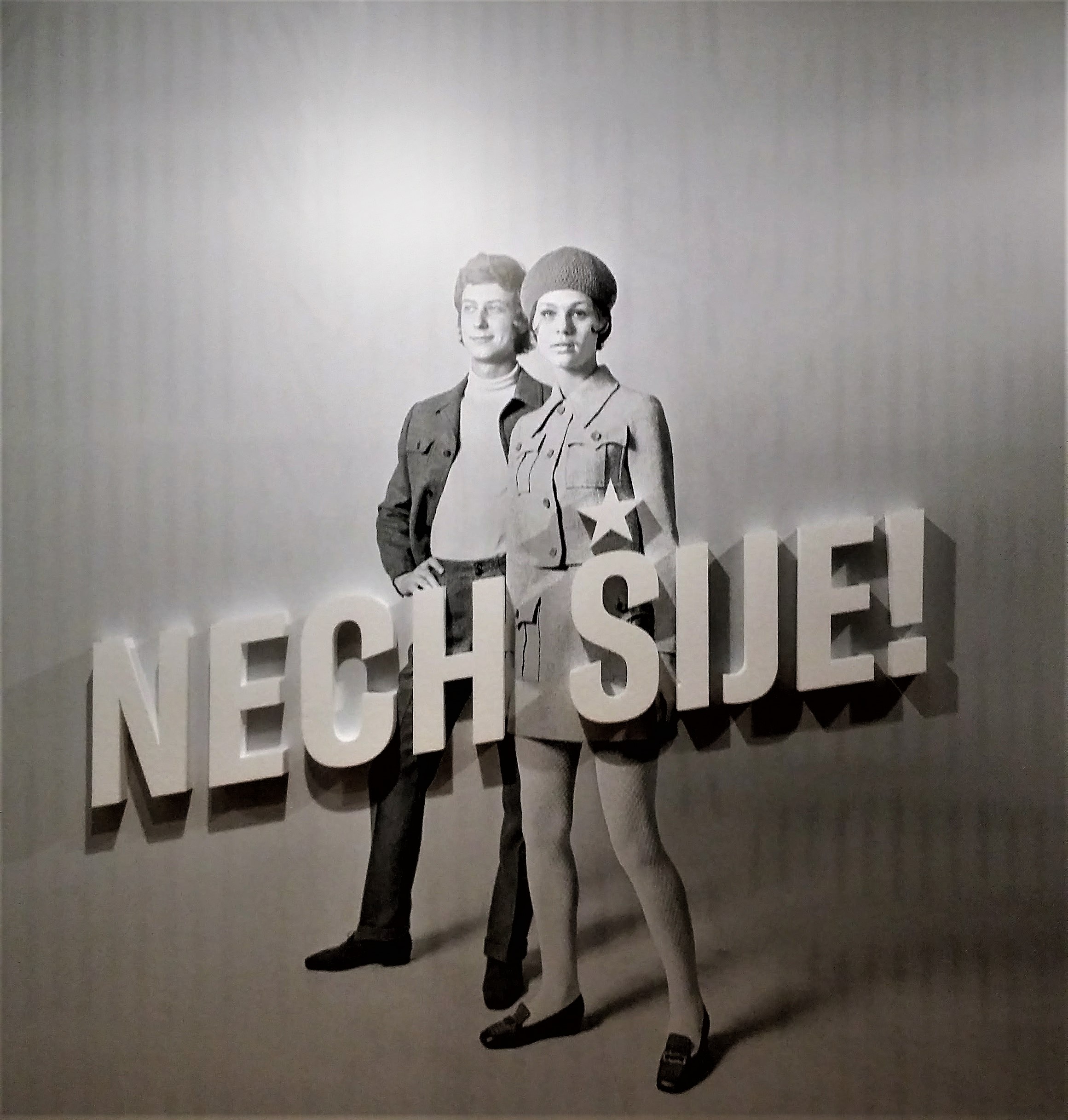 The Slovak National Gallery (Slovenská Národná Galerie) is currently showing an exhibition titled „Nech šije!“ which deals with fashion in socialist Czechoslovakia. Next to showcasing tons of wonderfully corny outfits, this exhibition allows a glimpse of the penetration of socialist ideology into such a banal aspect of everyday life as clothing, and at the same time the intricacies of the interrelationship between state and fashion. 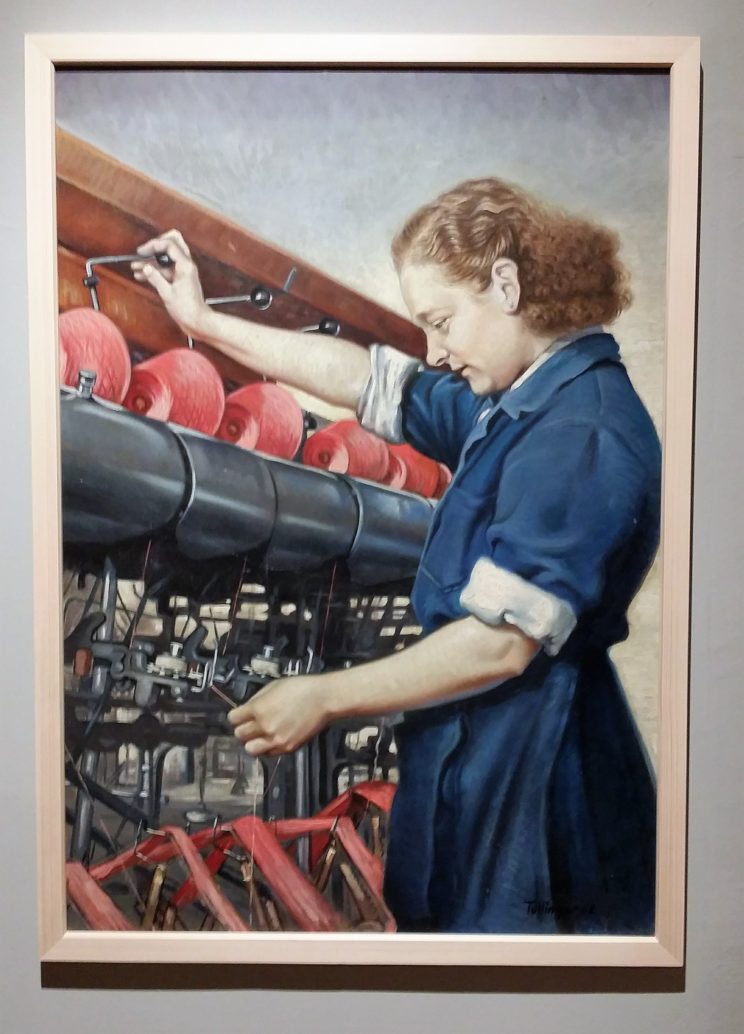 On the one hand, the concept of fashion per se was cast in a very negative light, as an expression of capitalist vanity and competition obviously contradicting the socialist egalitarian ideals. Practicality and comfort were the leading principles of socialist textile production – the aim was to produce clothing that would last under the rough conditions of daily physical labor. Clothes should ideally be symbols for the ideal socialist citizen: resistant, pragmatic, uniform. On the other hand, fashion was one of the domains in which the regime really wanted to confirm its capability to provide for its population – and not only in terms of subsistence but of variety and prettiness as well. The attractivity of its women couldn’t be a matter of indifference to the authorities – people want to look good and look at good-looking people. The posters displayed in the exhibition space show slogans such as „for our women builders“, „she keeps a fresh look through any work“, and „In capitalism, only a few women had the means to take care of their appearance. In socialism, all women can pester their charm and beauty with good cosmetic products for low prices“. Indeed, fashion did become a lot more affordable in the years to follow the war, although mainly due to technical progress in textile manufacturing.

Until 1953 Western fashion was demonized and its striking features strictly forbidden. This changed throughout the long period of Normalization. In the 60s and 70s, influences from the international world of fashion were slowly and unofficially picked up while publicly denouncing a superiority of capitalist design and praising the practicability of the domestic product. The textile industry was indeed a very important one. Despite increasing efficiency of industrial production, the sector provided several dozens of thousands of jobs, not few of which were in research institutions seeking for ever more lasting and resilient material. Signs of the overall liberalization of attitudes towards clothing styles were the growing popularity of the fashion magazines Moda (from 1949) and Dievča (after 1969), and the installment of the Institute of Fashion and Interior Design (Ústav bytovej and odevnej kultury, after 1959). These institutions were not only tolerated but encouraged to use a creative, innovative approach and develop a specific and „competitive“ socialist aesthetic. Those in power realized a pronounced desire for „pretty“ fashion of the people. The designers broadened their portfolio and even developed „Haute couture“ lines of clothing to respond to the growing demand and demonstrate the „success“ of the planned economy in a broad range of various commodities.

However, many of the more exclusive items were rarely seen in the street. They could, ironically, only be afforded by a few, and those needed to bear with long waiting times until delivery. The shortage in affordable and pleasant clothing induced many women to rely on self-supply. Throughout the whole socialist period, many women preferred to produce their own clothing. Close to every household owned a sewing machine, and one could hardly find a woman not well versed in various techniques of textile processing. Looking for inspiring cutting patterns, women soon turned to a publication from the West: Burda Moden, a fashion magazine founded 1950 in Offenburg, Germany.

An ironic detail: pretty common feature of socialist fashion until way into the 80s was – the headscarf. Islamonline.sk, the platform and mouthpiece of the Muslim community in Slovakia, took the exhibition as an occasion to denounce Slovak hypocrisy when it comes to clothing. The author summarizes: „Visitors of the exhibition will see that the same thing that many today declare a threat to Slovak culture used to be an integral part of that same culture not so long ago.“ Fashion remains a salient field for political intervention and regulation even today, a battleground onto which broad ideological debates are projected and then passionately fought out.