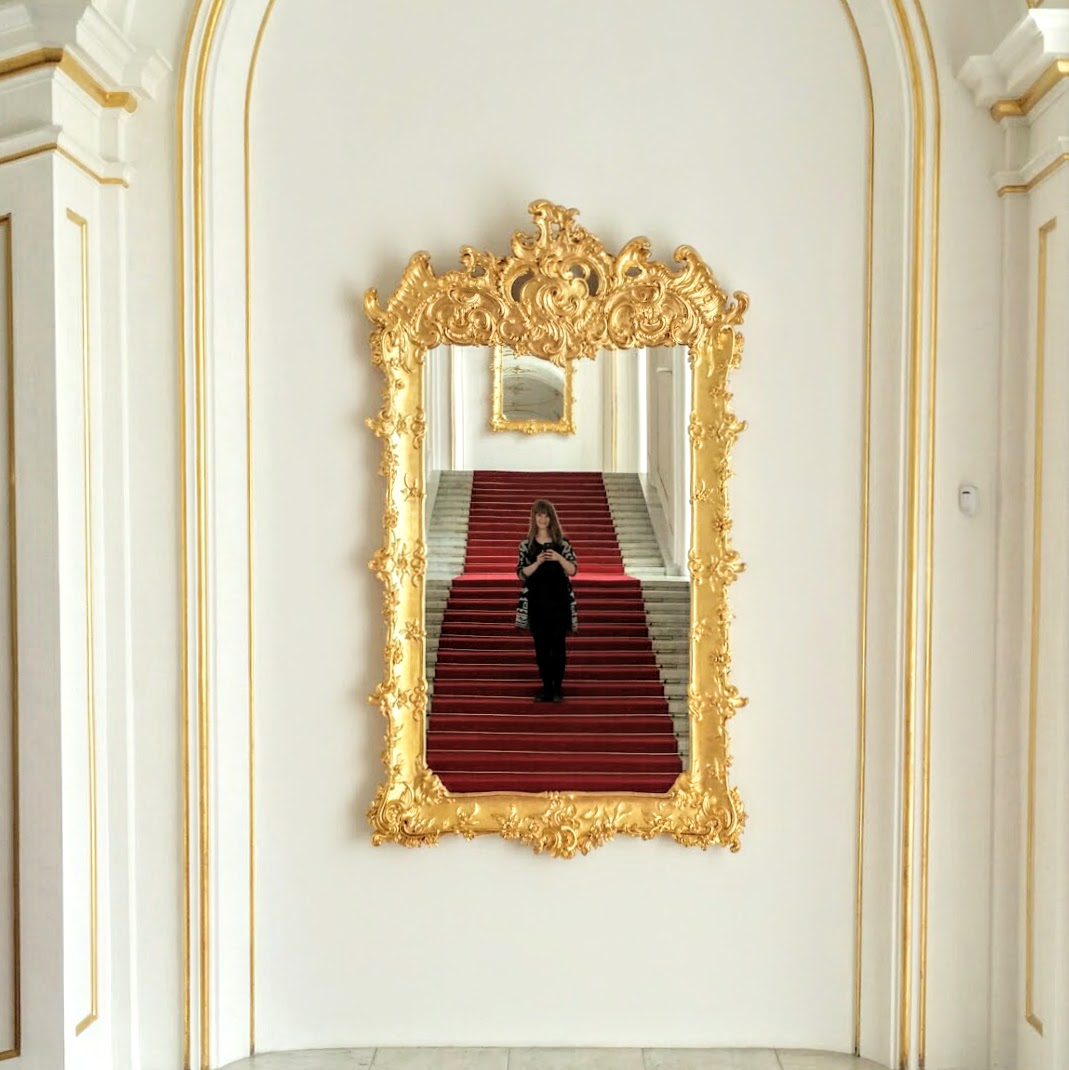 The ethnographer in the historical museum in Bratislava

Ethnography begins with a look in the mirror. It is my first day in the field and I am going to do some street ethnography – a slightly more sophisticated term for an aimless stroll through town (Yes, I do get paid for this kind of thing. Jealous? Don’t be. It’s not that much). In other words, I am having my first date with the city I will be studying the next weeks and months, Bratislava. Before elaborating a courting strategy and conquering the city (methodologically and theoretically), it makes sense to get to know the chosen one better, to open up all pores and taking in images, smells, and sounds. The thought behind is that one can learn a lot just by careful observation and meticulous documentation. But just like on an actual date, it takes two to tango. The researcher does not just sense, look, observe; he or she is also being watched, sensed, scrutinized. And she who is acknowledged stimulates reaction. As much as social scientists would like to play fly on the wall, and observe her research objectives in laboratory-style conditions, without any unwanted influence, it cannot be denied that the physical and social presence of the researcher has the same impact as that of any other human being. That’s why anthropologists usually strive to blend in nicely, to prevent at least any unproportionate or negative response.

Blending in is difficult when you engage in an activity as odd and conspicuous as observation. People notice it when they get observed pretty soon, more than that: They get uncomfortable. People usually move through the city with a clear sense of time and direction. Walking down the street slowly and without obvious destination; crossing the same shop in a market hall three times in one hour; sitting at the playground or wait at the bus station without staring into your phone – these activities seem strangely out of place in a busy inner city environment and can easily raise suspicion. „So, dress code casual invisibility,“ I think while I open my wardrobe.
Of course, dressing and acting to fit in is nothing specific to Anthropologists. Much more, it naturally pertains to the kind of social being we are, with a strong need for acceptance and affection. Canadian sociologist Erving Goffman has called this process „Impression Management“: We constantly strive for the biggest possible control of the image that others get of us. In fact, considerations about the way others see us determine what we say and do more than anything else. This is because most of our acts are goal-directed, and in order to achieve goals, typically, we need the support, or at least the consent, of other people. The specificity of anthropological impression management lies within the nature of its goal: Not to manipulate, persuade or seduce, but its exact opposite: To let our counterparts be themselves as much as possible. But here’s the catch 22: We never know how the other one would behave, if only we were absent. The best we can do, thus, is to maintain a high level of self-awareness and never stop reflecting on the possible impacts of the impression we make.
What do I need for a perfect camouflage in Slovakia’s capital city? I have long noticed that Slovak women dedicate great attention to their appearance: The uniform consists of typically feminine clothing items like short trench coats, skirts, and ankle boots; female senior citizens refuse to give up the heel on their shoe, and may it be only two centimeters high. In his recent ethnography about Slovak Au Pairs in England, Anthropologist David Miller claims that revealing and close-fitting clothing surprisingly do not count as obscene in the predominantly Catholic country. On the contrary, women are praised for allowing spectators to see a good portion of their God-given charms. Miller also claims that Slovak women are the most beautiful in Europe, a statement which sounds a bit bold for a scientific monograph with a claim to be empirically founded. My own experience shows, though, that they do use significantly more make-up than I or most people in my surrounding do. Well, I don’t judge and give it a try.  Twenty minutes and several smudged cotton pads later, I have to recognize that what we deal with here is not just a predilection, but also requires a fair amount of exercise which I am obviously lacking.
Impression management has its limits. Some things are hardwired into our brains (or not), they cannot be shaken off (or learned), even if we wanted.  French sociologist Pierre Bourdieu famously called this set of dispositions a habitus; it is usually acquired early on in life and specific to social environments, like class and gender. This kind of embodied knowledge encompasses the way we move, feed, consume, speak and use words, dress and yes, design our entire outward appearance. Habitus always includes elements we are not 100% aware of, and so there are thousands of instances in which we expose ourselves as non-members of a group without even noticing. Putting on make-up is a learned skill, one that as become such an everyday routine for many women that they barely think about it. Through countless repetitions, they have automatized the necessary movements, amounts of the products, the different steps in their order. Of course, the ethnographer can acquire certain skills through observation and repetition, but she has to accept that a slight lack of mastery which she doesn’t even notice can give her away to the experts.
The most unpleasant surprise, though, is waiting just outside the door. It is bitterly cold and a strong wind blows. I am forced to pull the raincoat from my backpack. It is neon yellow. Hardly a sweet outfit for a first date, and utterly indiscreet too; it is now virtually impossible not to notice me. Sometimes the look in the mirror should be followed by a look out of the window.
References:
Goffman, Erving (1990): The presentation of self in everyday life. [Nachdr.]. New York, NY: Doubleday
Miller, Daniel; Burikova, Zuzana (2013): Au Pair. Oxford: Wiley.
Bourdieu, Pierre (1987): Die feinen Unterschiede. Kritik der gesellschaftlichen Urteilskraft. 1. Aufl. Frankfurt am Main: Suhrkamp
Bratislavaethnographymethod
Crash Course in Slovakology
The Populist Inflation or why I won’t be using this term anymore